As soon as the weather got warm, I suddenly noticed “Fireworks” were everywhere. Soda cans, snack wrappers, store signage galore was decorated with limited summer Fireworks design. Also, lots of TV commercials began to feature fireworks, too. Fireworks are THE symbol of summer in Japan. 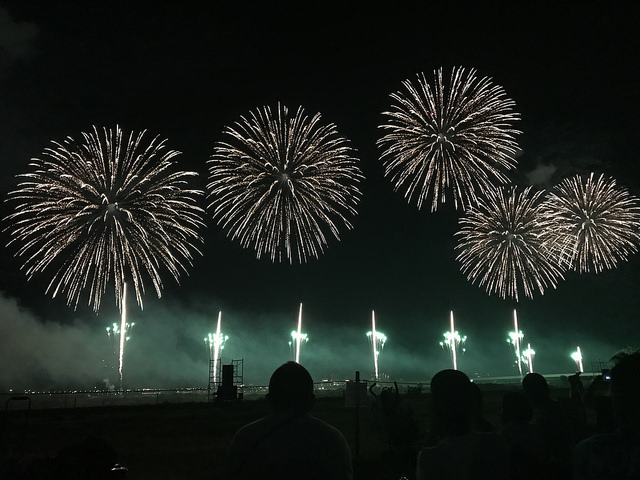 As a 4th of July-loving American, i’ve seen fireworks almost every year of my life. As so often in Japan, I thought I knew all there was to about fireworks… and then I experienced my first Japanese fireworks festival. Fireworks are called “hanabi” in Japanese and it literally means Flower of Fire. Think of them as a bouquet in the sky…. made of fire! If you look at it that way, who wouldn’t get excited? 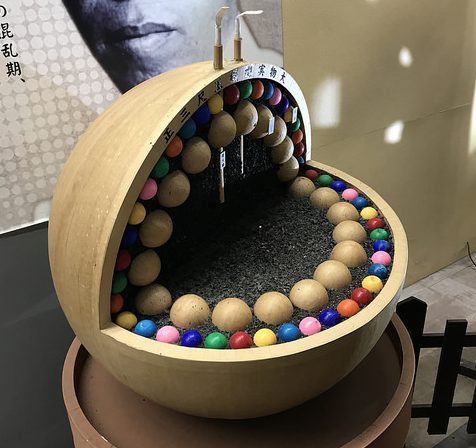 I attended the Nagaoka City summer fireworks festival, billed as one of top 3 in Japan. I heard it was big, but I wasn’t quite prepared for how big. I learned after the fact that the night I was there, there were about 400,000 spectators watching the show! Walking from the station to the event grounds was a giant flow of humanity. Many people were wearing festive yukata summer kimono. The fireworks festival is one of the biggest events of the year for Nagaoka and the nagaoka train station has displays dedicated to fireworks, too. 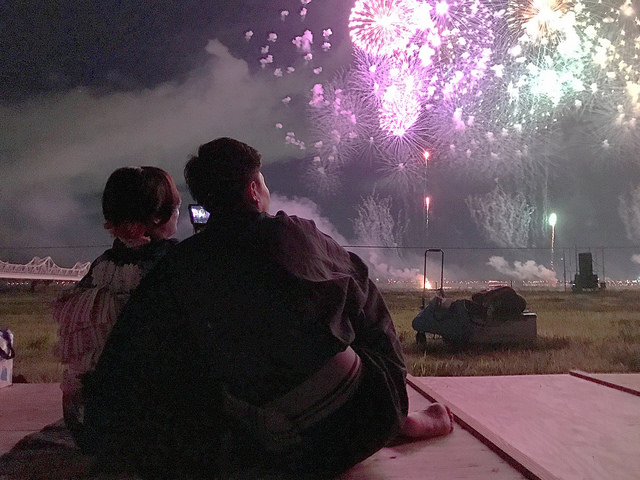 There were some differences between this fireworks show and ones we have in the U.S. Usually in the States, once the fireworks start, they run nonstop until the end. The Nagaoka fireworks had an MC over loudspeaker making an announcement each few minutes announcing a sponsor for each display. There was a lot of stopping and starting but each mini fireworks show has its own personality and theme. One even featured a Hello Kitty face in Fireworks!

However the highlight was known as the “Phoenix” display. This is recognized as the widest fireworks display in the world with the launch pads spread out over a mile in length. This display was conceived as a symbol of rebirth and recovery following a deadly 2004 earthquake that struck this area of Niigata. It was an impressive display – one of those beautiful fleeting scenes you try to take in as best you can. Pictures and videos don’t do it justice.

If you’re interested in Fireworks be sure to put the Nakaoka summer display on your bucket list! 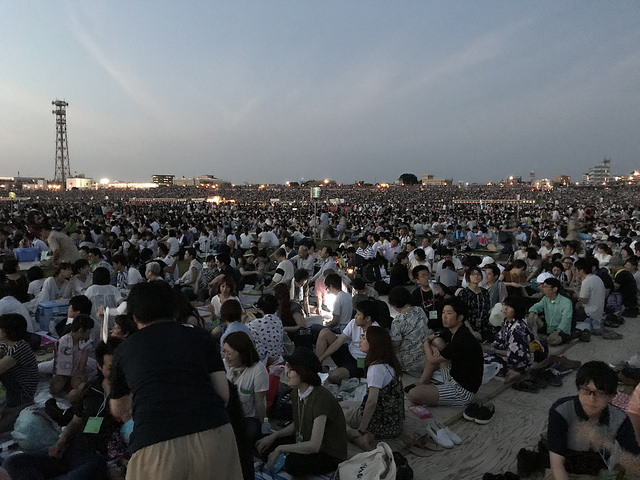